On February 28th, over 25 service providers and caregivers visited the legislative office building in Albany, NY to  to discuss kinship issues in New York State with the legislature, and a  to recognize the indispensable work of caregivers and professionals for the children in care.

Collectively, the group met with over fifteen senators and assembly members, speaking out about the services that the NYS Kinship Navigator and local kinship programs provide.  The reception was overwhelmingly positive.  The Governer’s final budget will be released in early April, and it looks promising for kinship care!  In fiscal year (FY) 2017-18, we asked that he maintain funding for the 22 Office of Children and Family Services (OCFS) kinship programs, and to add in extra dollars for the NYS Kinship Navigator, in order to further the work KN has done in rural counties.

The Assembly met in the afternoon and passed the resolution declaring September as Kinship Care Month in New York State – and the Senate followed suit, with Senator Golden recognizing kinship care as a whole, and also giving accolades to specific caregivers and kinship care staff. 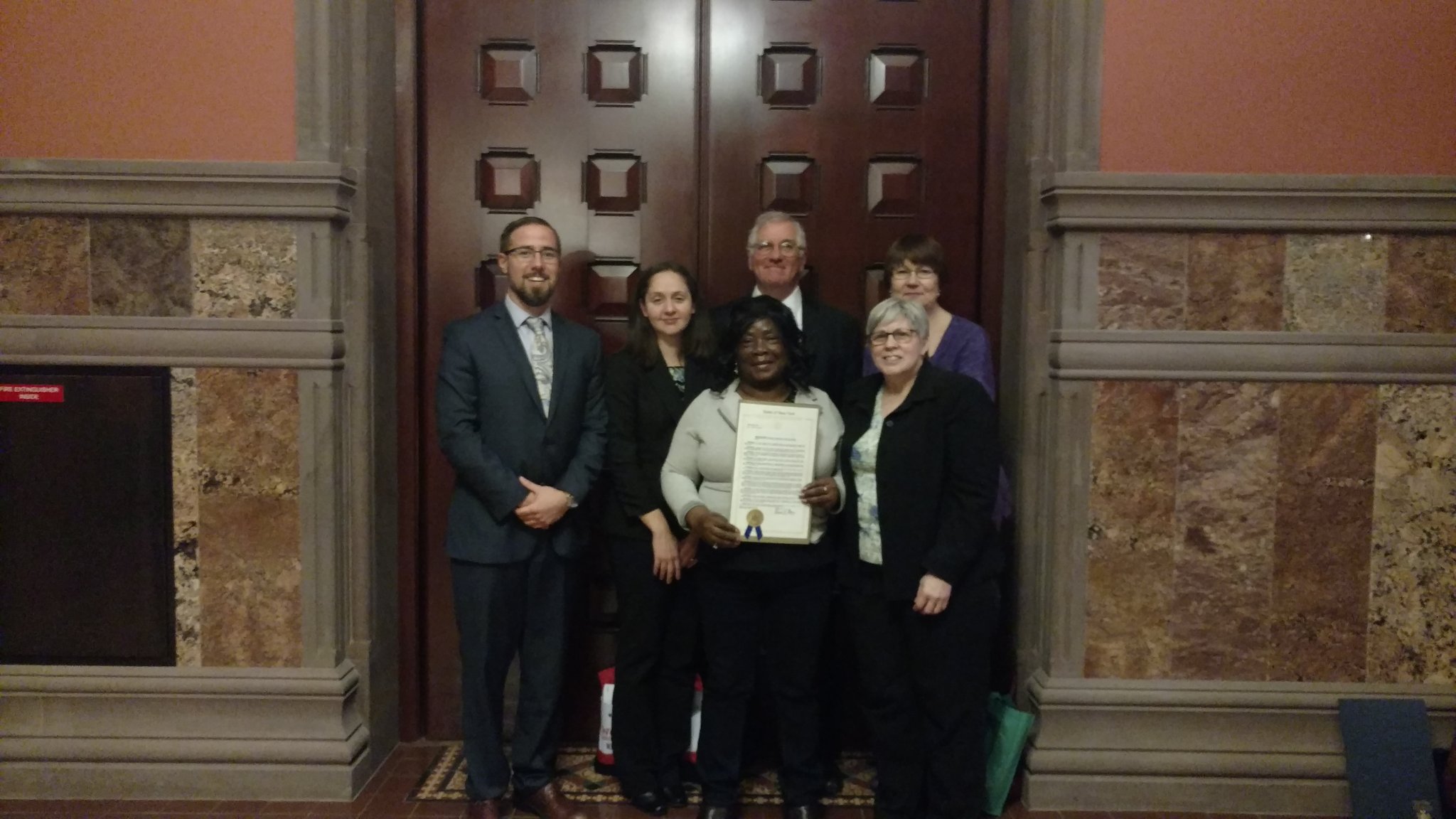 A big thank you to all that attended for your time and effort – we are excited and energized by the amazing turnout and reception at the Capitol!